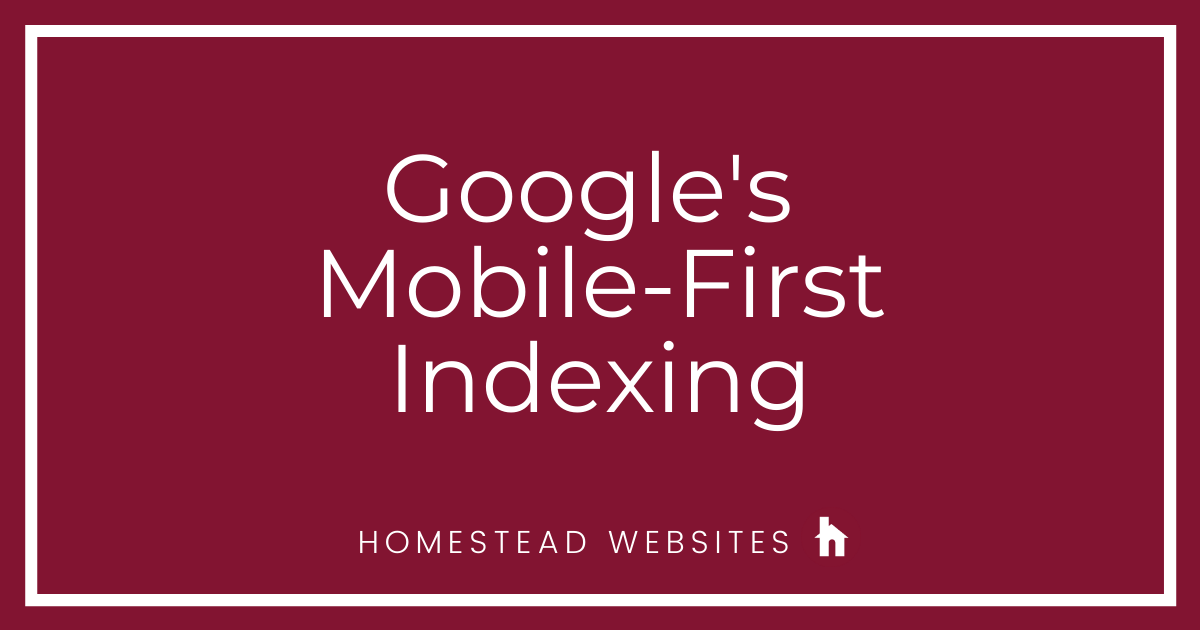 Google rolled out a change to the search algorithms that shook the internet community- so much so that it was eventually coined "Mobilegeddon". The change boosted the ranking of sites that were deemed "mobile-friendly", on mobile searches.

In case you don't know what the term "mobile-friendly" really means: for a website to be deemed mobile-friendly, a user has to be able to read the text without tapping and zooming, tap-able objects like buttons need to be spaced out so that it is easy to press the correct target, and users shouldn't have to scroll to the side to see all of the content.

(Basically, it needs to be easily functional for a mobile user.)

If you’re not sure whether or not your site is mobile-optimized, perform a Mobile-Friendly Test.

It is important to note that this change only affected mobile searches done through smartphones and only applied to pages, not the whole website. For many companies, it was a turning point in the shift to mobile.

When they announced the change, Google stated "The intent of the search query is still a very strong signal -- so even if a page with high quality content is not mobile-friendly, it could still rank high if it has great content for the query." In other words, even if a site wasn't mobile-friendly, if the text and other content on the site were super relevant to what the user searched, it would still show up pretty high on the Search Engine Results Page (SERP).

Overall, though, it ended up not being quite as big of a deal as many thought it would be…

In March 2021, when Google finishes rolling out their "mobile-first indexing", that will change.

Mobile-first indexing is Google's practice of pulling the information that makes up its index from mobile sources. It's actually something Google has been working on and slowly releasing since about a year after "Mobilegeddon" was released.

In November 2016, Google announced that they were experimenting with mobile-first indexing after identifying issues in which mobile sites didn't have the same content as the desktop version, making them less relevant to the query in some cases.

In December 2018, they announced that mobile-first indexing was used for over half of the pages shown in search results.

By July 2019, mobile-first indexing was automatically enabled for all new websites.

To see whether your site is already being crawled via Mobile-First Indexing, check the URL Inspection Tool in Google Search Console.

Initially, the plan was to complete the release of mobile-first indexing by September 2020, but with the unexpected tribulations that the year presented, Google pushed the release to March 2021. Google has stated that this date is firm and unlikely to change.

Some of the biggest changes in this release include the fact that sites that are "desktop only" sites might be dropped from the index completely, whether the user is searching from a mobile device or not. All content for search results will be crawled on the mobile versions of sites. This means that if you don't have a mobile-friendly site, your website might not show up in SERPs, nor will your images appear in searches. Any images that are present on your desktop site, but not present in the mobile version could also be dropped from Google’s index.

Additionally, sites that have an "m-dot" mobile site will experience issues. "M-dot" sites are sites that use m.domainname.com to send visitors to the mobile version of their sites. The issue that will occur is that some desktop users might be sent to the "m-dot" mobile site since that is what will be used to crawl the site. This is an issue that's not likely to be fixed.

What does this mean for me and my site?

The change Google is making may seem overwhelming but it doesn't have to be. At Homestead, we’re here for you and that’s why we now offer a newer builder  — WebsiteBuilder. WebsiteBuilder is mobile optimized, meaning your site can look good on any device and it will be ready for the changes Google is making.

Throughout our Community, we have a variety of resources from articles to helpful video tutorials on how to make the switch to our newest builder. If doing it yourself seems like a daunting task, we also offer a Site Replication Service you can take advantage of depending on the number of pages your site has. For a small fee, we’ll take care of transitioning your site to WebsiteBuilder — it’ll be a carbon copy of your site, only mobile-friendlier. To learn more about this service and to check if your site qualifies, call us at 855-765-0427 or request a call here.

Why Change To WebsiteBuilder?